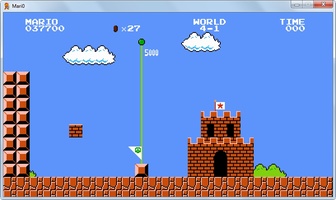 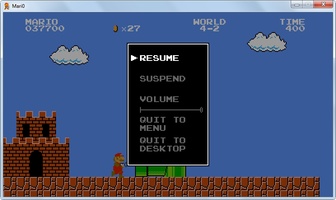 Advertisement
Mari0 is a platform game that combines the scenarios, characters and general playability of the classic Super Mario Bros with the revolutionary mechanics of the not-so-classic Portal.

Thus, the player controls Mario through all of the levels of the legendary Super Mario Bros with the small addition that throughout the entire course of the game they can employ the famous "portal gun" to create portals in any part of the scenario. With these portals, the player is able to do things from throwing enemies out of the level to skipping ahead in the game, being that the physics are perfectly recreated.

Before starting the game, of course, you can configure many different options. First, in an awesome wink to Team Fortress 2, you can put any of more than thirty available hats on Mario. Next, you can choose the colors of both Mario's clothing and the portals that he generates.

This character personalization will come especially in handy when it comes to playing multiplayer with friends, as the game allows up to four Marios to launch portals in the same game at the same time.

As if the large quantity of levels and options that the multiplayer game offers weren't enough, Mari0 includes a level editor that you can use to create your own levels, and what's even better is the ease of playing with those that have been created by others.

Mari0 is a fantastic game, a brilliant platformer that becomes even more fun when played with friends. What's more, it takes up less than five megs and is completely free. What more can you ask for?
By Andrés López
Advertisement

Those scenarios are terrible

Is there windows? Is there a windows version? Because I really love the game...

Is there a windows version? Because I really love the game...

Super Mario 3: Mario Forever
A good remake of the original Super Mario Bros
Sonic 2 HD
SEGA's hedgehog has never looked so good
I Wanna be the Guy
The platform game that will make you cry
UniMaker
Create your own Super Mario 2D-style levels
Super Mario Bros X
Mario is back in a marvelous adventure
Sonic Before the Sequel
The non official story of Sonic starts here
Sonic After the Sequel
The Sonic story continues
Sonic The Hedgehog 3D
Sonic, the legendary mascot of Sega, heads to 3D
Advertisement